Written by Katja Sipple on 19. January 2022. Posted in Allgemein, News.

77 years ago, on Jan. 27, 1945 at 3 pm local time, Soviet Forces liberated the Auschwitz Concentration Camp, and revealed the full horror of the Nazi regime’s atrocities to a shocked world. Today, in 2022, Germany has become a leader in dealing with the terrible past, and a voice for promoting tolerance and understanding. GAHF and DANKHaus in Chicago invite you to participate in an online commemorative event to remember the past, but to also highlight acts of humanity that saved lives and set an example for us today. We cannot change history, but we can learn from it, and apply its lessons to a better future.

We have composed a distinguished and diverse panel to remember the victims, whilst moving forward towards mutual understanding and acceptance.

This event is free and open to the public, but due to Zoom limits, we request early registration(info@gahmusa.org).

“Some members of our extended family died in Nazi concentration camps (Auschwitz and Dachau)and Soviet Gulags (Siberia). In 2019, our family (The American Virtuosi) composed and performed “In Memoriam”, in honor of the victims in concentration camps and gulags,  sponsored by the Vilnius Jewish Community and the President of Lithuania. In 2018, we visited six Jewish communities in Germany.

This year, we will return to the Baltic States to perform with the Jewish Ensemble of Lithuania, where I will lead workshops  “Music-The Best Bridge for All People” – Dr. Charles Borowsky, GAHF Board Member 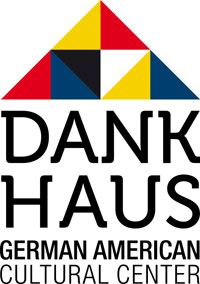